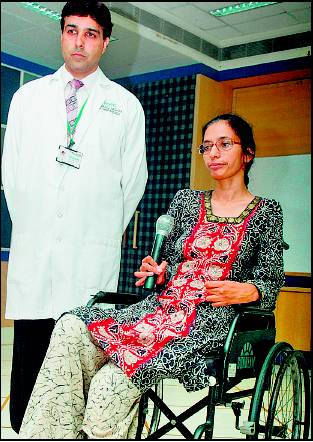 Amazingly, when she won the gold medal from her institute, she had already been attacked by the dreadful disease and was on heavy steroids.
Fortunately for her both the Himachal government and her alumni association have come forward to help her out. She has been granted funds from her native state for replacement of all her joints. “This includes the knees, the hips, the shoulders and the elbows. The delayed treatment had made her case complicated and tough,” said Manoj Wadhwa, orthopaedic surgeon in the private Mohali hospital that is treating her.

This entry was posted in Uncategorized and tagged euthanasia, Inspiring fight to live, mercy killing. Bookmark the permalink.