How ‘Magic’ Johnson’ fought back AIDS?

Earvin ‘Magic’ Johnson has the repute of being one of the most successful players in the history of the basketball game.

In November 1991, Johnson encountered the most challenging moment of his life. During a routine physical examination for an insurance policy, he was detected to be a carrier of the HIV virus. In order to undergo treatment, the team physician advised Johnson to quit basketball immediately. Johnson first shared his medical condition with his teammates and then decided to make a public announcement.

In a press conference held on November 7, 1991, Johnson acknowledged that he had tested positive for HIV and that he would retire immediately. He brought in on record that his wife, Cookie and their unborn child were HIV negative. 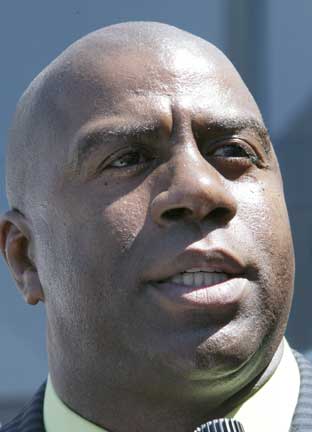 Johnson was determined to face this threat and dedicate his future life to overpower this fatal disease. His announcement led to rumors proclaiming Johnson to be gay or bisexual but he denied being either. Johnson’s confession stunned the Americans and brought him in the limelight right through the country. In fact, the ESPN declared it as the seventh most memorable moment of the past 25 years. The media praised Johnson for his courage and the U.S. President, George H W Bush called him a ‘Hero’.

Overnight, a basketball player became a spokesman for AIDS awareness. Johnson continued to speak out and raised millions for research to combat the disease. It was during this phase that he founded the Magic Johnson Foundation for HIV/AIDS education and co-authored the book, ‘What You Can Do To Prevent AIDS’.

Johnson retired abruptly in 1991 but still hoped for a future in basketball. He made a comeback to win the Most Valuable Player of the 1992 All-Star Game. His fellow players protested and forced him to retire for the second time. Johnson’s passion for the game got him to return once again in 1996 to play 32 games for the Lakers. By May 1996, Johnson formally announced his retirement – this time for good. He cited the other players’ concerns about the possibility of being infected while playing. Actually, he had discovered that the current players on the team did not look up to him and would not give the ball exclusively to him.

Johnson’s optimism and his desire to remain healthy for his family have astonishingly brought down the AIDS virus in his body to untraceable levels, as notified by his physicians in 1997. They accredited the improvement to the use of powerful drugs, including protease inhibitors. His wife, Cookie, of course gives the credit to God.

One Response to How ‘Magic’ Johnson’ fought back AIDS?