On courage: I am, unfortunately, a person who has often said: You put a gun to my head and pull the trigger or take the gun away, I won’t move my head.

On successful people: I admire people who are very successful. But if that success has been achieved through too much ruthlessness, then I may admire that person, but I can’t respect him.

On Nano: This project (the Nano) has proven to everyone that if you really set yourself to doing something, you actually can do it.

On the need to think big: We have been. . . thinking small. And if we look around us, countries like China have grown so much by thinking big. I would urge that we all, in the coming years, think big, think of doing things not in small increments, not in small deltas, but seemingly impossible things. But nothing is impossible if you really set out to do so. And we act boldly. Because it is this thinking big and acting boldly that will move India up in a manner different from where it is today.

On risk: Risk is a necessary part of business philosophy. You can be risk-averse and take no risks, in which case you will have a certain trajectory in terms of your growth. Or you can, while being prudent, take greater risk in order to grow faster.

On risk: I view risk as an ability to be where no one has been before. I view risk to be an issue of thinking big, something we did not do previously. We did everything in small increments so we always lagged behind. But the crucial question is: can we venture putting a man on the moon or risk billions of rupees on a really way-out, advanced project in, say, superconductors? Do you restrict your risk to something close to your heart?

On employees: The way to hold employees today is to make their work and their day-to-day activities in the company exciting enough for them to stay. Not everyone will stay, but I think if we can empower more people and are willing to pass on the responsibility for that, and if people are satisfied and motivated, there’s less chance of them wanting to leave and go to a competitor.

On low-cost products: It should not be, cannot be, that low-cost products come to mean inferior or sub-standard products and services; definitely not. The aim is to create products for that larger segment — good and robust products that we are able to produce innovatively and get to the marketplace at lower costs.

On customers: We should be treating the customer in the same way that we would want to be treated as customers.

On innovation:Barriers to innovation are usually in the mind.

On customers:There was a need to re-focus and look at how your customer sees you, and to pay more attention to what the customer wants rather than what you think she wants. Are you really the most cost effective producer? Are you aggressive enough to grab marketshare? Will you endeavour to dip your toe in the water and do something that you haven’t done before?

On innovation:If you are a little innovative or a little bit of a gambler, and you make a product which is either ahead of its time or has an evolutionary design, or has features that work into a person’s perception, then you have an acceptable product.

On speed:Today, the world does not afford you to luxury of being a slow mover. Nor are there any holy cows. We have to be aggressive, be far-sighted enough to look into the future and we also have to be pragmatic enough to say that if we really are not in a leadership position in a particular business, we should look at exiting that business.

On icons:The kind of company one would want to emulate is one where products and technology are at the leading edge, dealings with customers are very fair, services are of a high order, and business ethics are transparent and straightforward. A less tangible issue involves the work environment, which should not be one where you are stressed and driven to the point of being drugged.

On introspection:All companies need to keep looking at their business definition and, possibly from time to time, to see if that definition needs to be redefined. If you take the example of Tata Steel, they could say that they are a steel company and find themselves in a shrinking market where steel is under threat of being replaced by some other material. The question is: what do we call ourselves? One view was that steel is a material, so can we be a materials company? We don’t have to be in all materials, but can we be in composites, can we be in plastics, laminates, etc? The automotive business needs to think similarly, and so does the chemicals business. We have to keep looking at ourselves and asking: what is our business?

On innovation: My outlook on R&D is that it is an absolutely necessary thing for us to do. And I don’t think we are doing enough. The point is not just spending money; it’s how many patents you file, your innovation rate and your product development. . . If today you were to give everybody a mandate that they can spend 3 per cent of their revenue on R&D, assuming they can spare the money, I don’t think many companies would know the what, where and how of spending that kind of money, other than to put up an R&D place and buy lots of equipment. 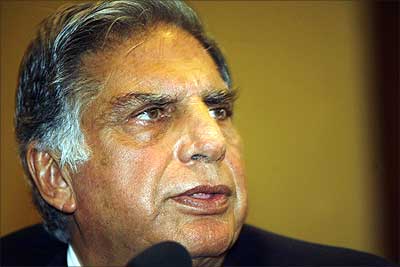 On customer relationship: Where we have direct dealings with our customers, it is important that, at the middle-management levels, they are shown courtesy, dealt with fairly, and made to feel that they are receiving the attention they deserve. The interface with the customer should be a seamless one.

On risk: There have been occasions where I have been a risk-taker. Perhaps more than some, and less so than certain others. It is a question of where you view that from. I have never been a real gambler in the sense, that some successful businessmen have been.

On survival: The strong live and the weak die. There is some bloodshed, and out of it emerges a much leaner industry, which tends to survive.

On planning: We never really plan big. We are not in keeping with what is happening around us. When you go to other countries around us you see it visibly that we are just back in time. And yet we have so much to offer.

On commitment: We have to clamp down on deviations from commitments. For ensuring greater commitment to performance, we also need to have a system which rewards performers and punishes those who don’t perform.

On the future: One hundred years from now, I expect the Tatas to be much bigger than it is now. More importantly, I hope the Group comes to be regarded as being the best in India. . . best in the manner in which we operate, best in the products we deliver, and best in our value systems and ethics. Having said that, I hope that a hundred years from now we will spread our wings far beyond India.

On resistance: You will probably find the resistance (to change) more from those who haven’t been doing well.

On change: Change is seen to be needed, and fast, so long as it does not affect me. We want to see change but if you suddenly tell me that I am the company that has to go, or has to be cut in half, or three of my businesses have to be hived off, then all of a sudden, the very person who made the noise about change is now saying, ‘You don’t have to do this.’

On humility: I would hope that as people who might take an elite position, would be considered amongst the elite in the country, you will always display humility in the manner in which you deal with your fellowmen, both in your company and in the country and you will continue to have passion in the areas in which you will work.

On doubt: On many, many occasions you would have doubts on whether what you are pursuing is the right thing. But if you do believe in what you are trying to do and you pursue it and stay with it in a determined manner, I am quite sure you will succeed.

On problems: There are solutions for most problems. The barriers and roadblocks that we face are usually of our own making and these can only be demolished by having the determination to find a solution, even contrary to the conventional wisdom that prevails around us, by breaking tradition.